Early in February I visited the Kurdish village of Uramantakht which lies just inside Iran, a few kilometers from the border with Iraq.  Historically and geographically isolated amid the Zagros Mountains, the Kurds here practice ancient traditions quite different from the rest of the Islamic Republic.  They are ostensibly Sunni Muslims is a country that is predominantly Shia, but in truth they follow their own spiritual practices, most notably in the celebration of the wedding of Pir-e Shaliar. 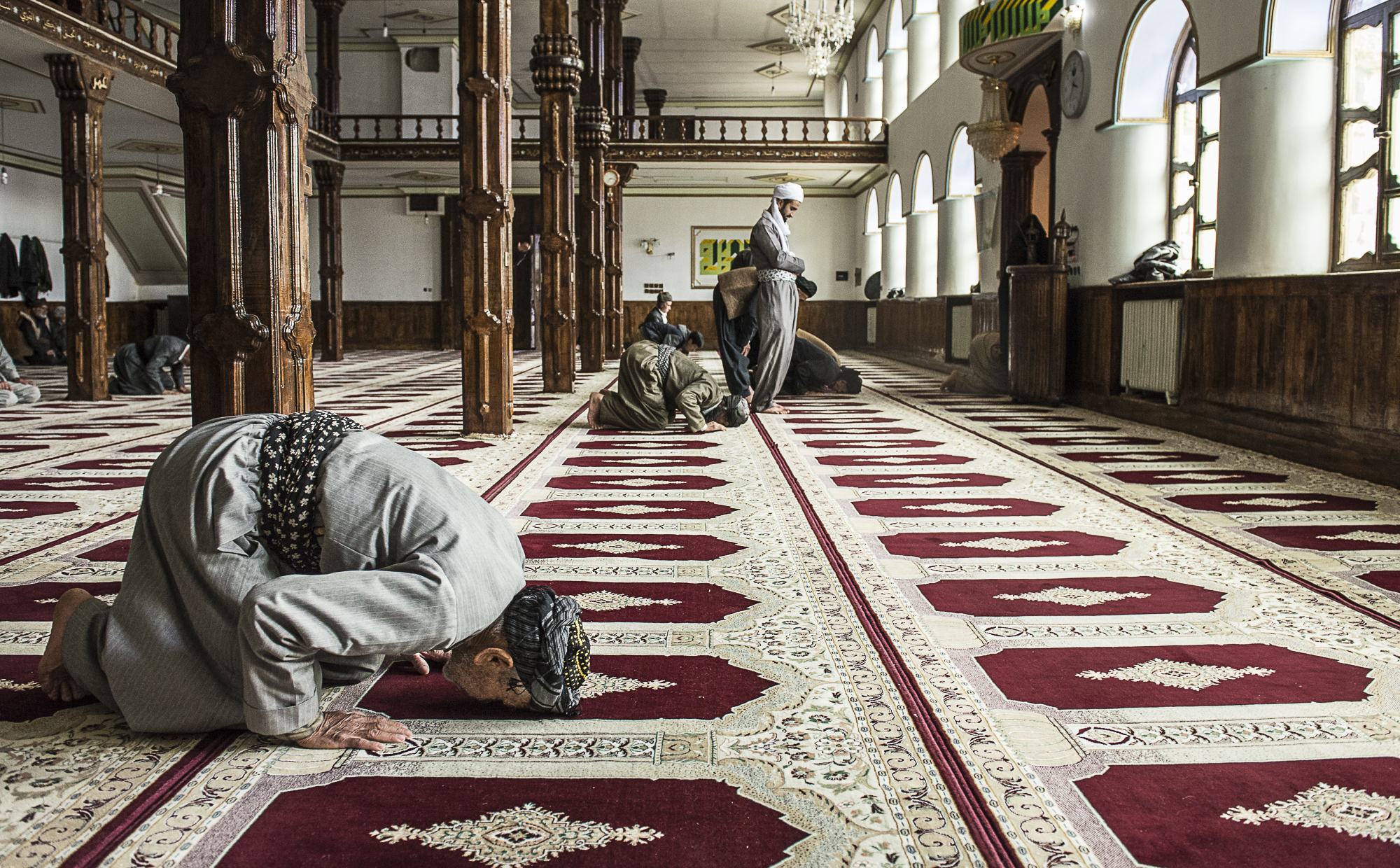 Pir-e Shaliar is a legendary character from supposedly pre-Islamic, Zoroastrian times.  He had magical healing qualities and the power to populate the land with livestock and crops in times of trouble.  For this he was rewarded with the hand in marriage of the daughter of the King of Bokhara and it is this event that is celebrated.  It has been suggested that the name of the village itself is derived from the Zoroastrian Ahuraman or Ahura Mazda, the Zoroastrian God.  To participate in this celebration the mountain people make their way through the snow to Uramantakht where festivities and prayers to God continue over a few days. 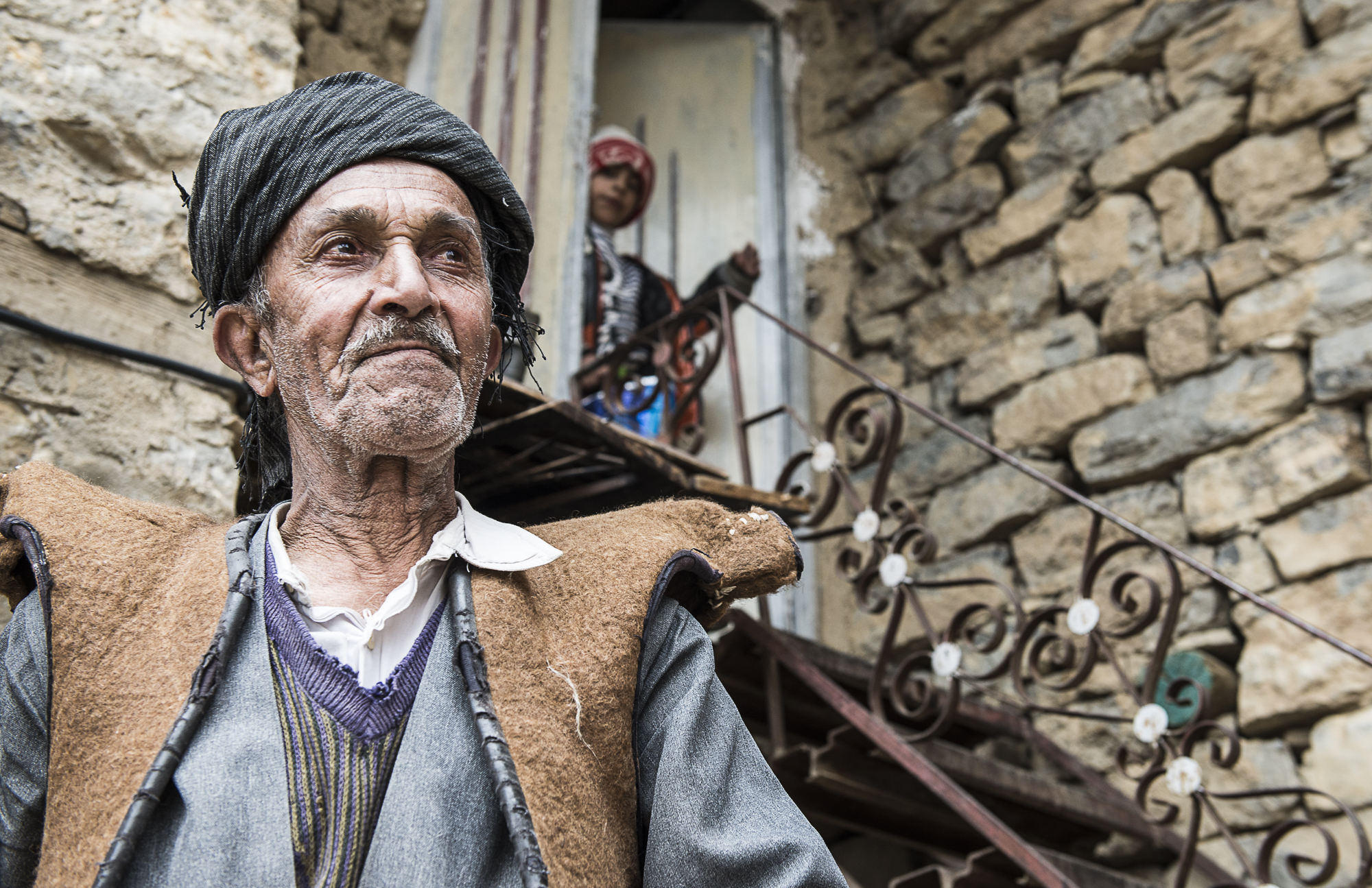 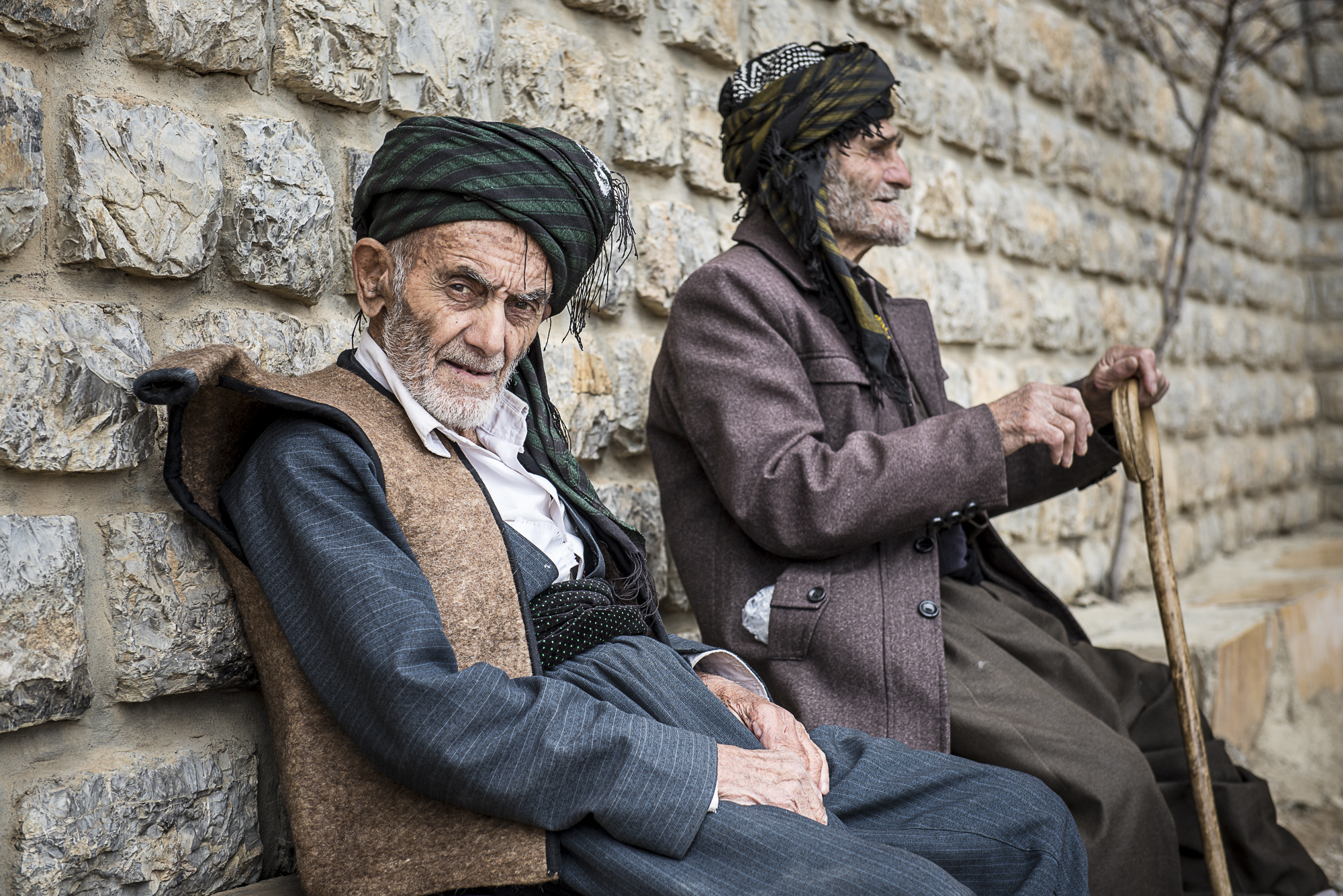 The festival starts before dawn with children distributing walnuts (the main crop of the area – thanks to Pir-e Shaliar’s endowment thousands of years earlier) as gifts.  They knock on the villager’s doors announcing ‘Kalavrocheneh’. The owner of the house comes out and gives them sweets in return.

As the day breaks, sheep and goats are slaughtered and several hours are spent cooking of a special soup called ‘Veloshin’that is then distributed amongst the villagers.  The cooking process itself is considered a holy event and is accompanied by blessings and prayers. 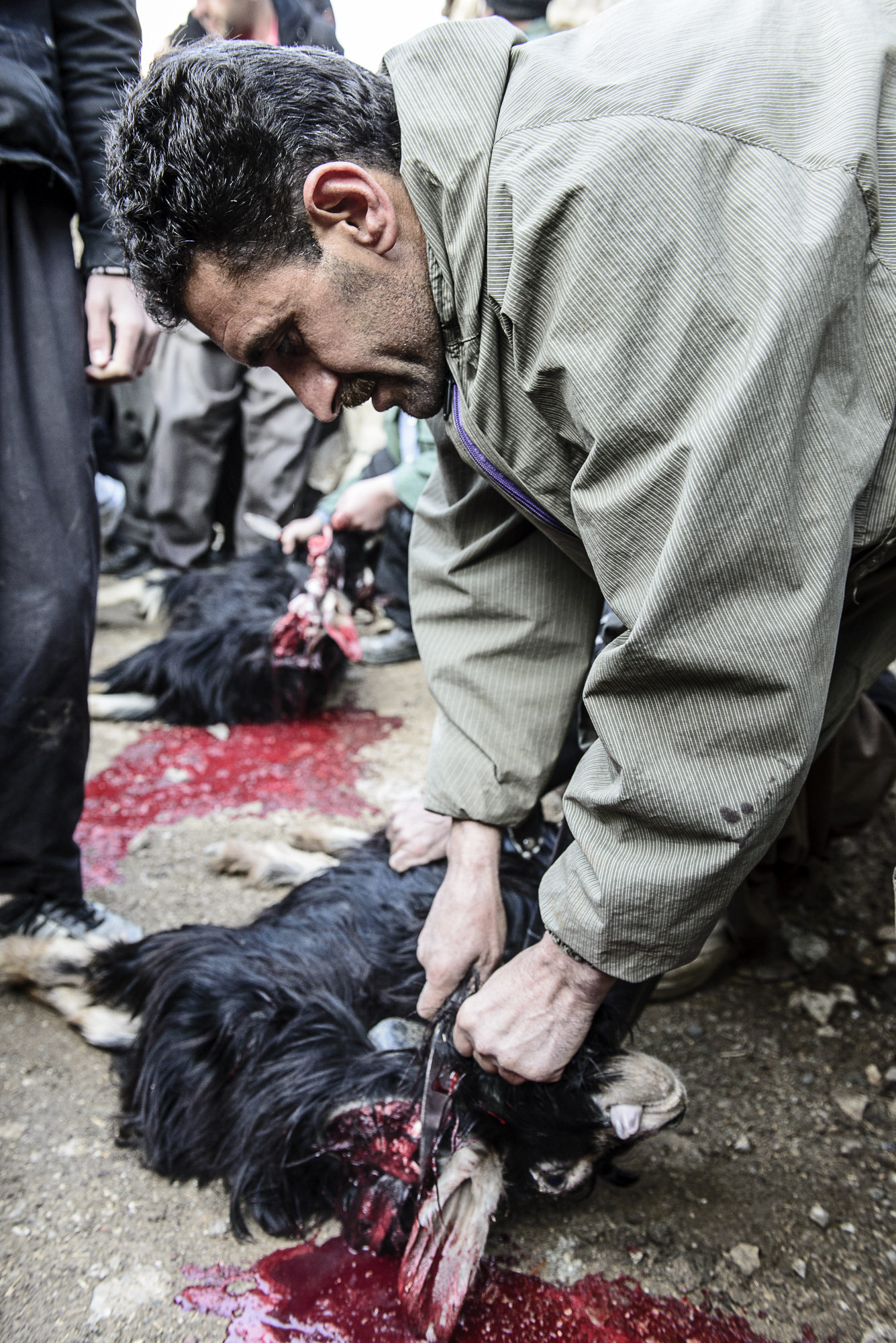 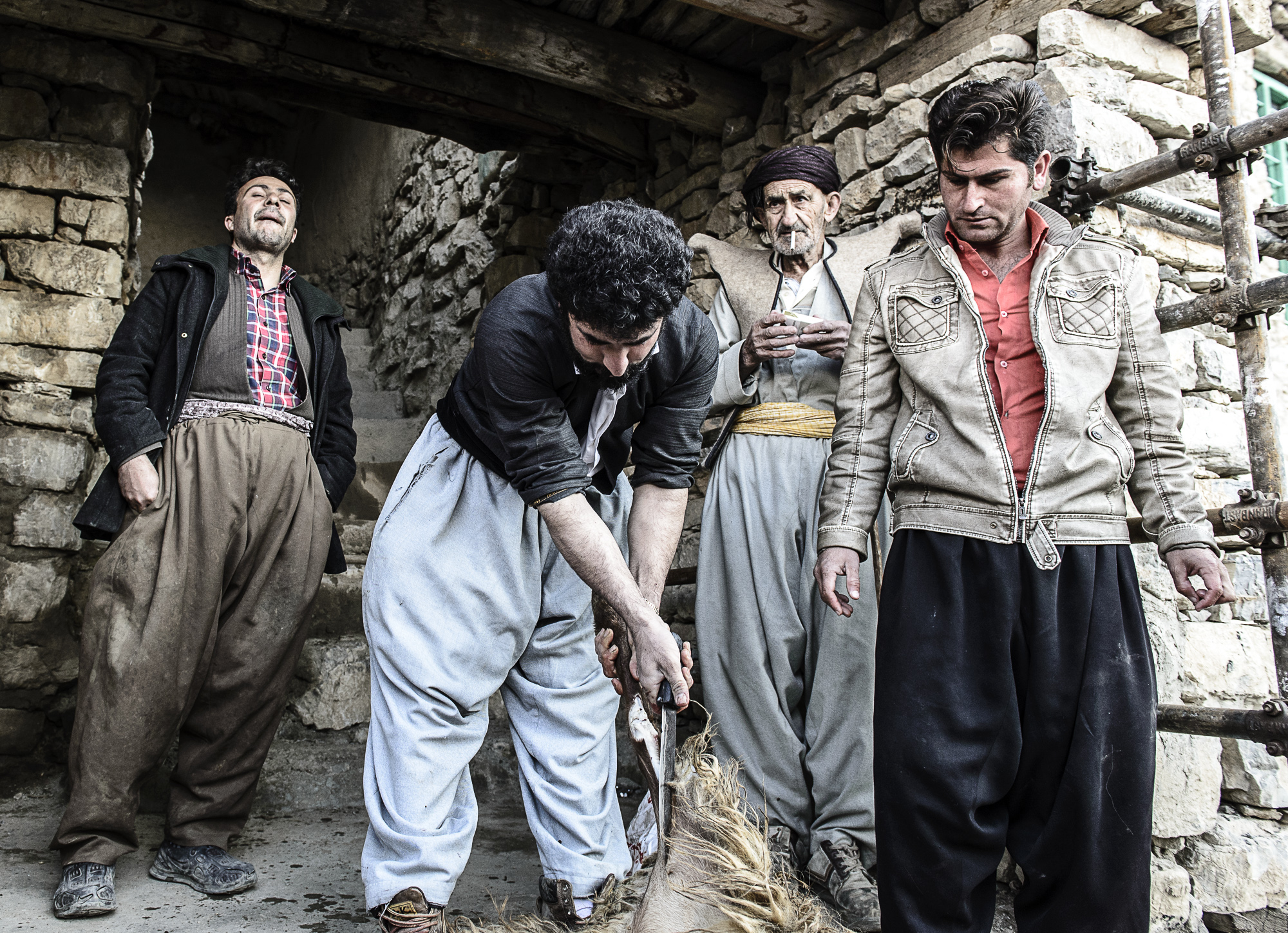 After the feast the villagers all come out onto the roofs of the terraced houses to witness a ritual that has been going on for hundreds if not thousands of years.  Daf, the local drum, is played and the dervishes of the region gather to chant and dance, their long hair swaying through the air. 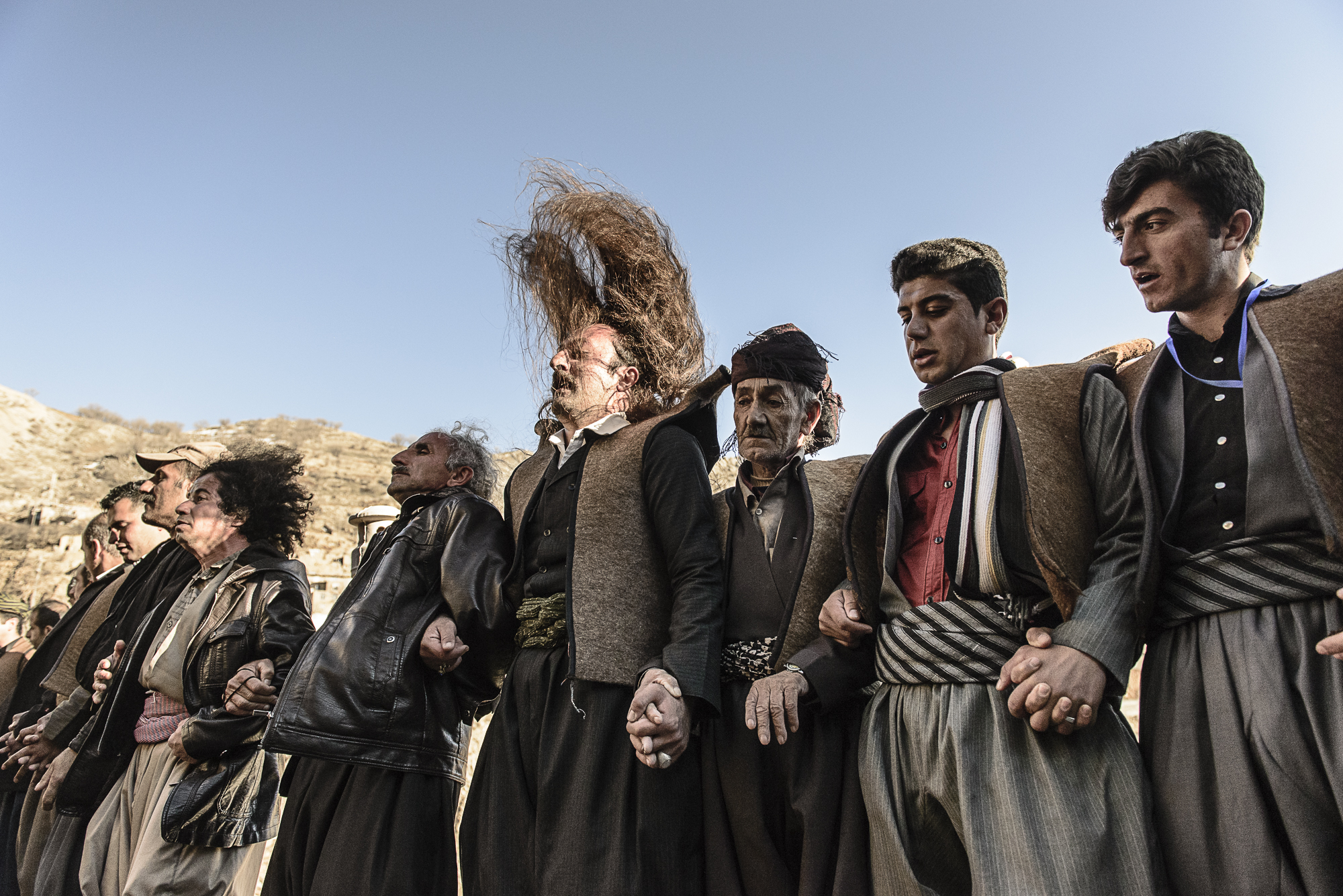 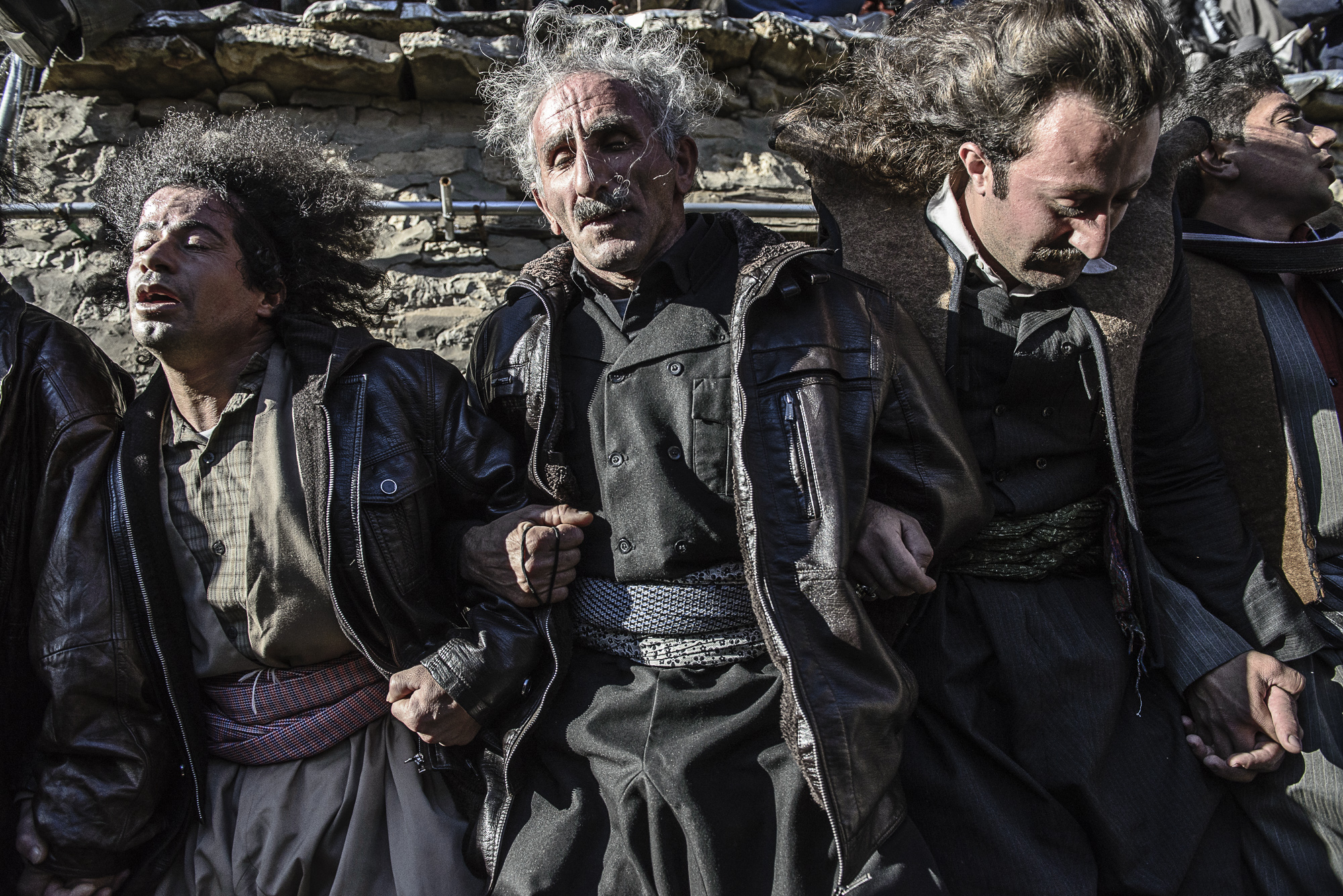 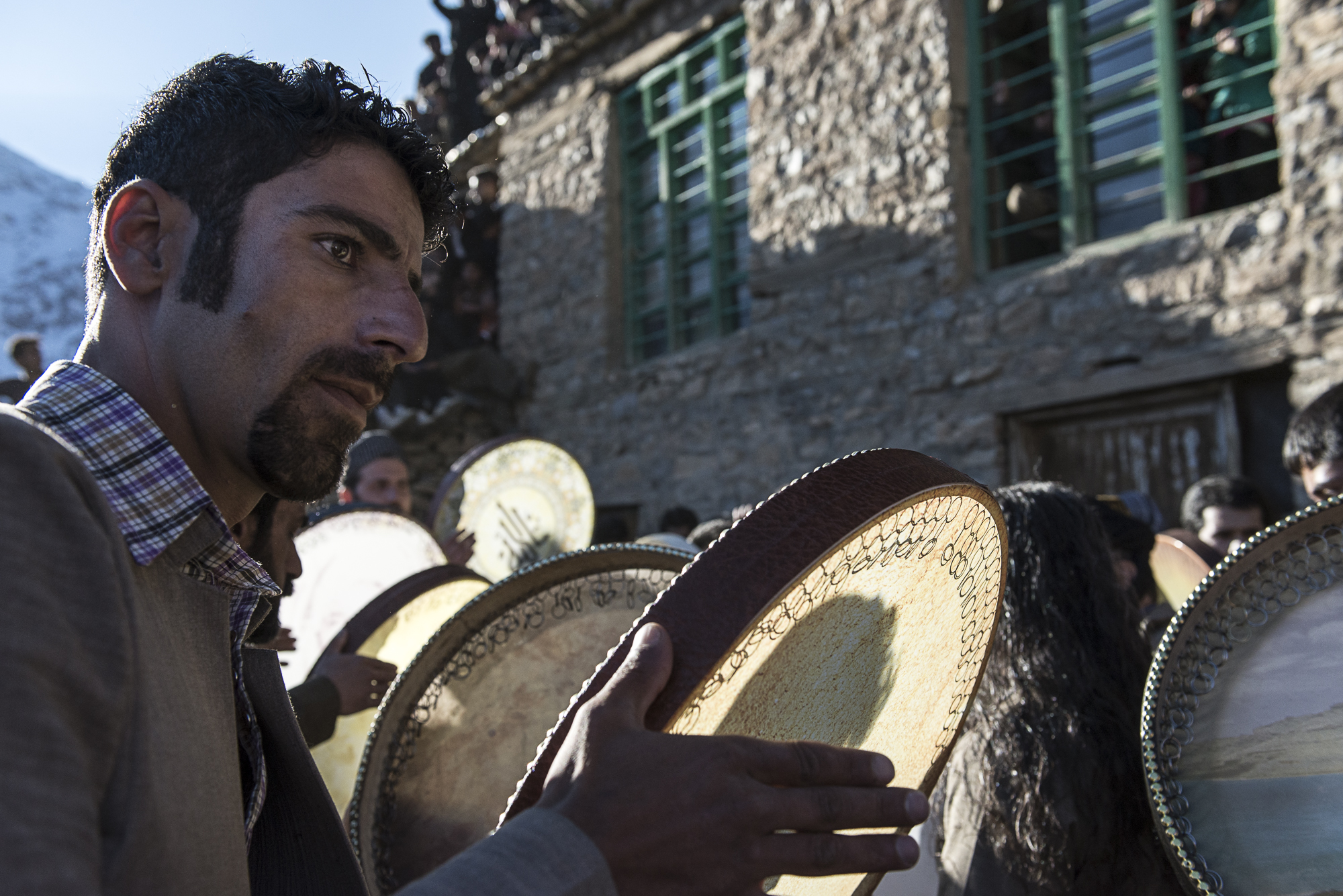 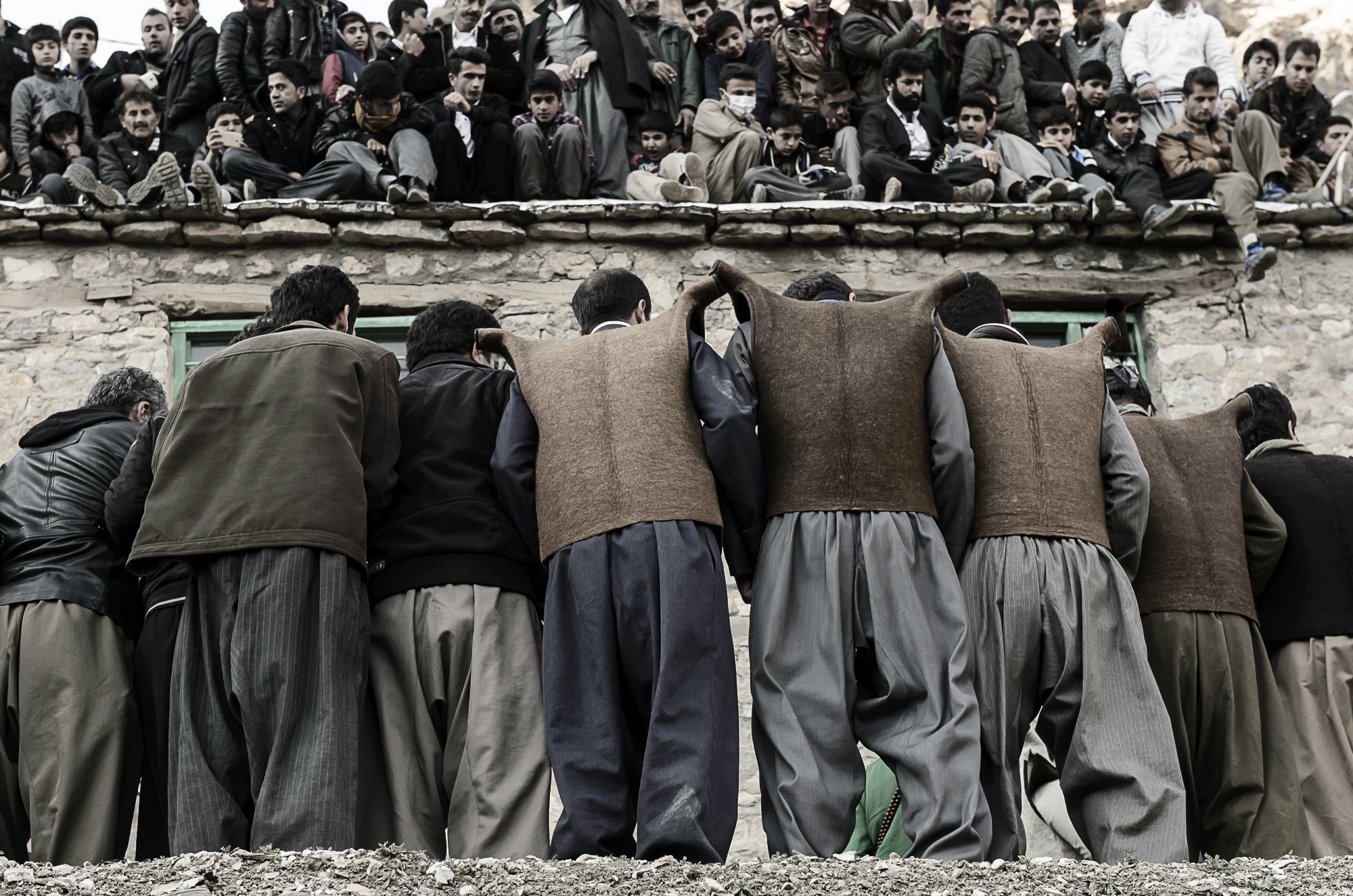 During the evening and into the night the men meet in the house of Pir-e Shaliar and continue their ritual of chanting prayers and daf playing.   Relics such as the wooden beads and the shoes of Pir-e Shaliar are passed around and kissed.

The following day differing tribes from the province move down to Pir-e Shaliar’s mausoleum just below the village where the dervishes once again begin their mystical dance, as the villagers chant their prayers.  During the morning yogurt and a special bread that is made with walnuts called ‘Kalireh Mozhgeh’ is shared among everyone. 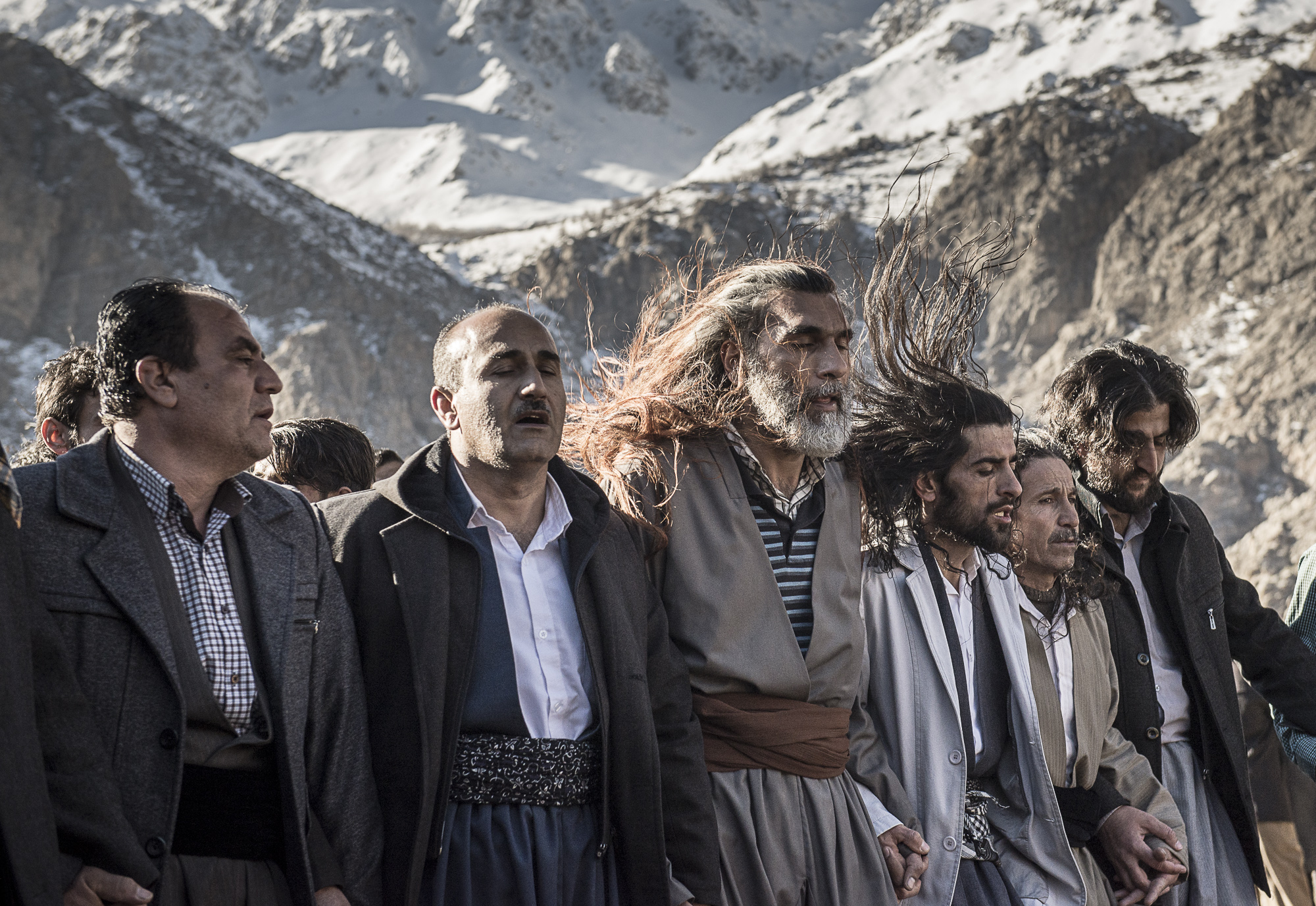 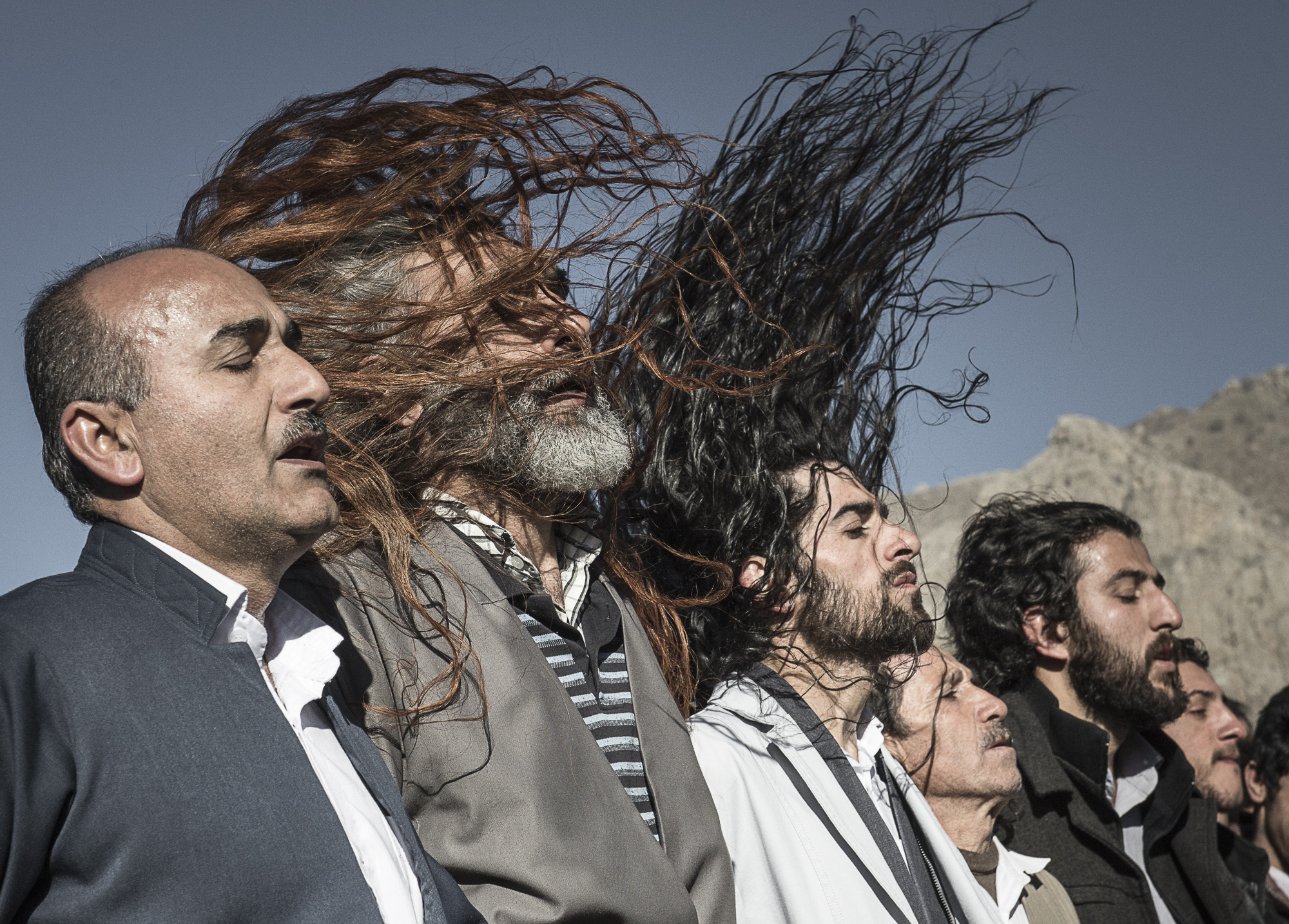 After several days in Uramantakht I moved on to another village in Iranian Kurdistan, Palangan which similarly had houses terraced down the mountain slopes, one homes roof was another’s courtyard. 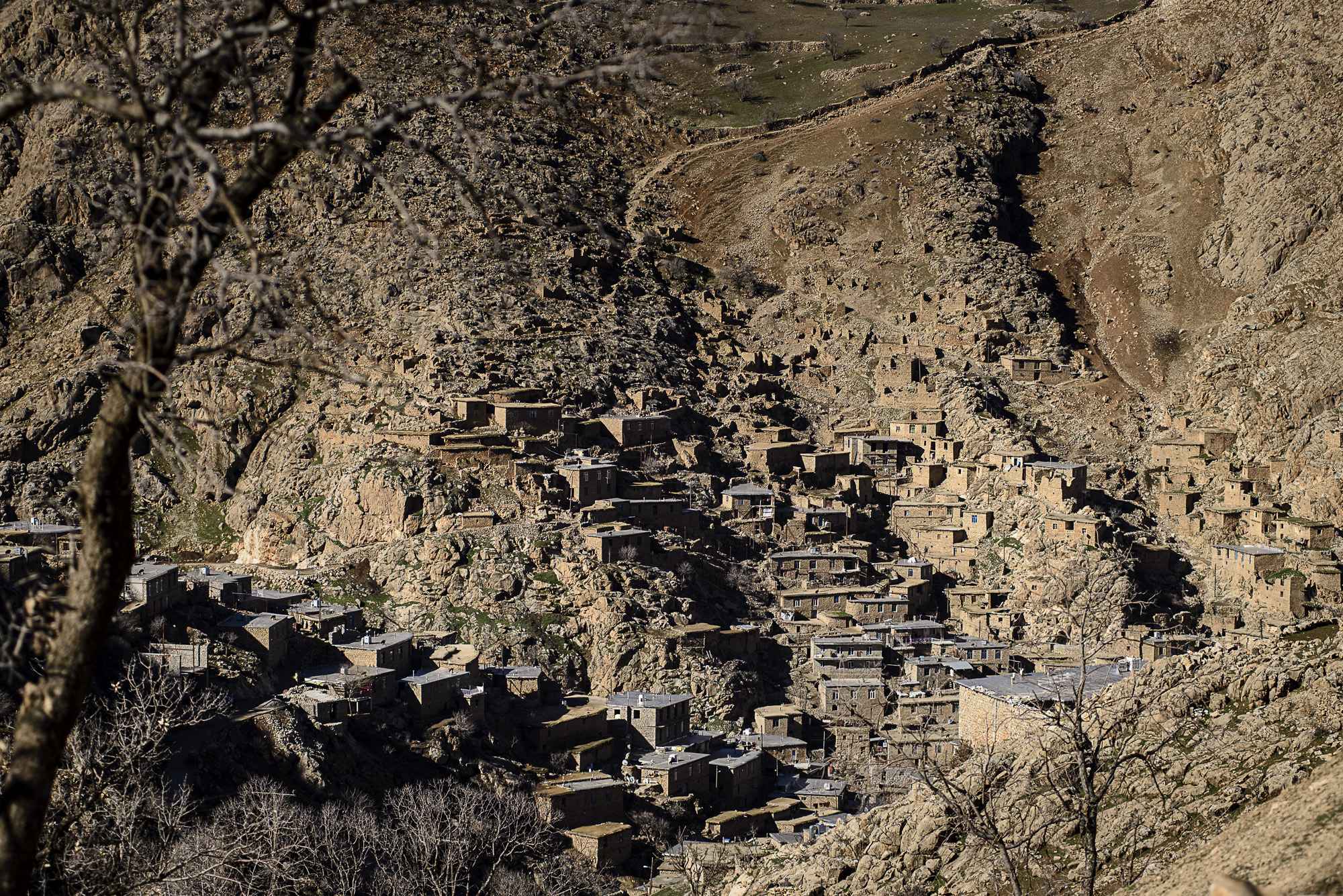 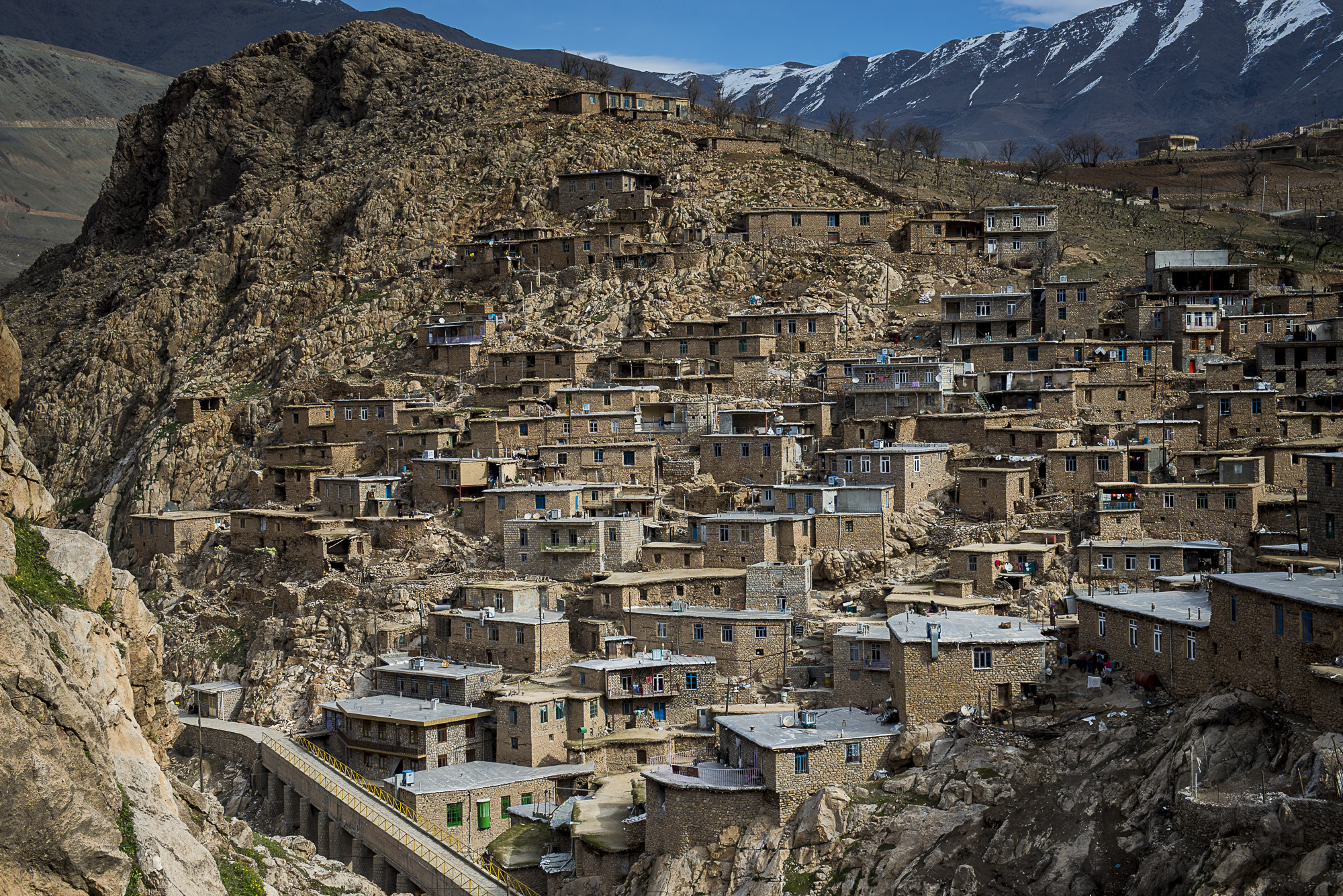 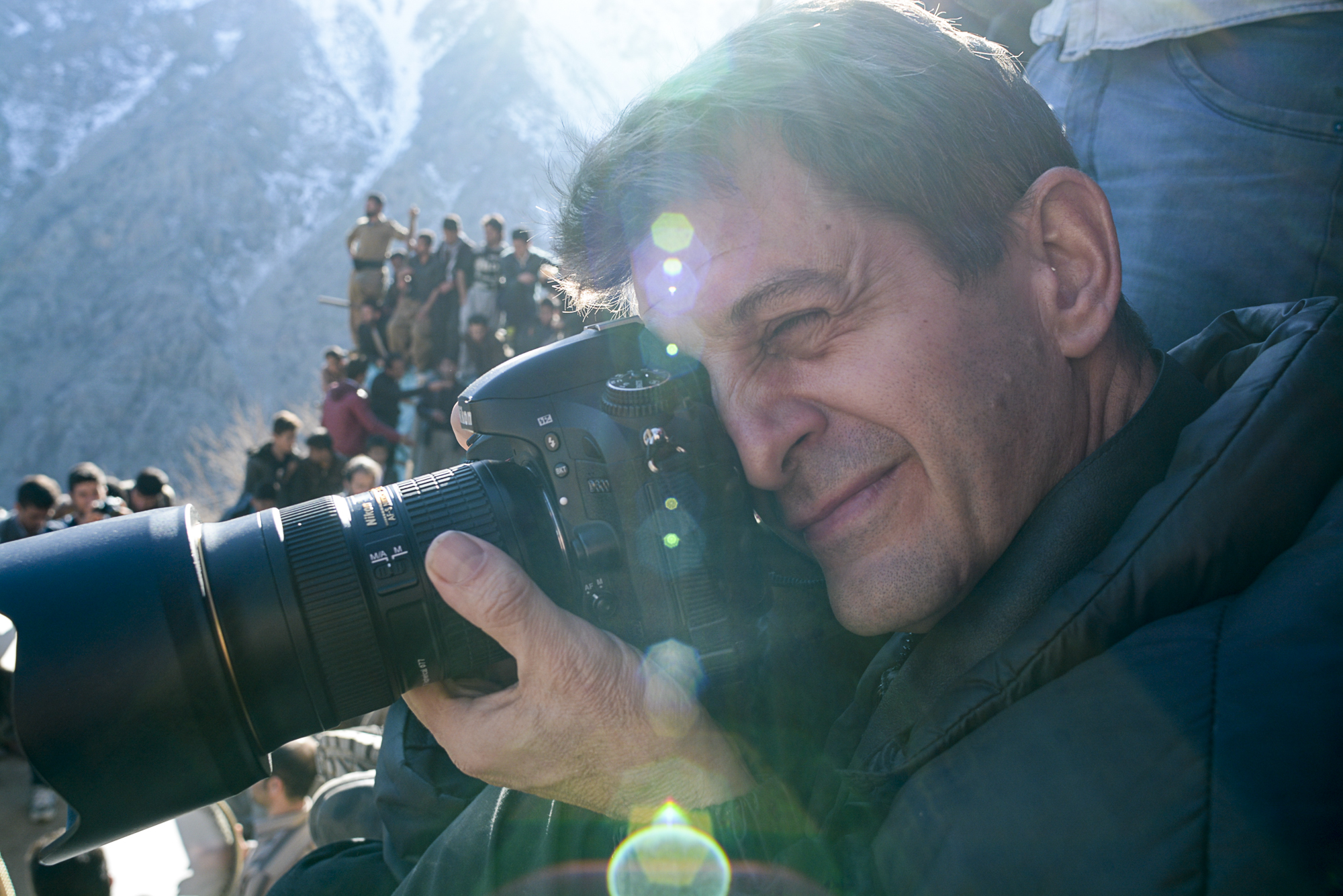 Me and my buddy, Uramantakht