We produce a range of gallery quality, Giclée prints from the portfolio and stories in a variety of sizes and editions.  For further information please contact us with details of which images are of interest.

Banaras, also known as Varanasi, is a Northern Indian city on the banks of the Ganges in Uttar Pradesh. One of the oldest continuously inhabited cities in the world, it is also one of the holiest in the Hindu faith. In this large-format book, the landscape and spirituality of this beautiful city come to life through the lens of award-winning photographer Christopher Roche.

Spending two years covering the city’s daily events, Roche turned his camera toward the alleyways of the old quarter and the ghats along the river, the holy men, temples, shrines, and religious ceremonies. He depicts the ubiquitous lingams and yonis, as well as the city s fabled burning Ghats, rarely photographed due to cultural restrictions. Banaras teems with life, color, and emotion.

In his large, brilliantly hued images, Roche manages to capture the throbbing vitality of this important city as no one ever has before. 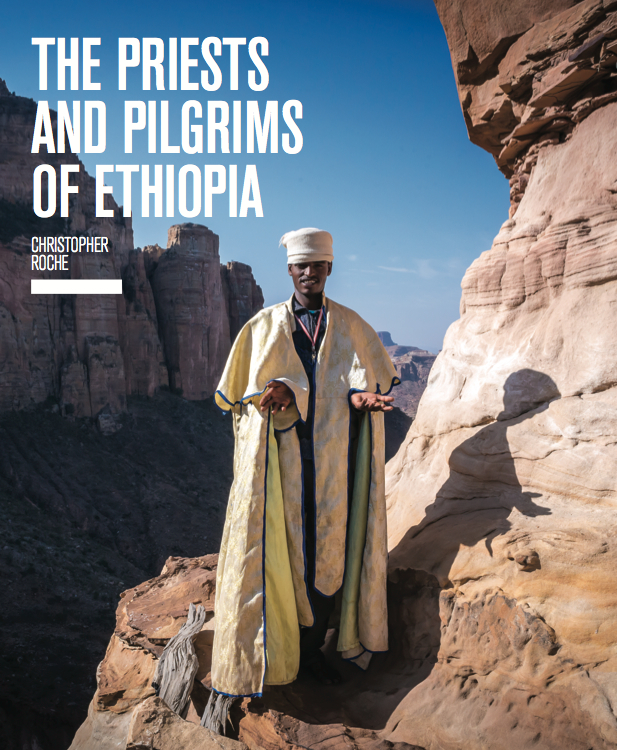 The Priests and Pilgrims of Ethiopia is a fine art, hard back, photographic book of 144 pages and over 100 colour photographs accompanied by insightful text and a foreword by Thomas Pakenham.

In this book Christopher Roche’s lens captures the biblical scenes of a faith that is as alive today as it was when it arrived in Ethiopia almost two thousand years ago. As he journeys through the northern highlands he witnesses the magical, holy festivals of Genna in Lalibela and Timket in Gondar, and explores the remote rock-hewn churches of Tigray.

This is a story of legend and adventure: the Queen of Sheba, the Ark of the Covenant, angels and serpents. Above all it is the story of a dignified people and their great spiritual devotion. Chris Roche’s photography reveals both the intimate and the epic aspects of this devotion, illuminating private moments and monumental landscapes. It is a testament to a tradition now facing the erosive forces of mass tourism and consumerism.

In his foreword, eminent author and historian Thomas Pakenham reflects on his own adventures in Ethiopia sixty years previously and the impression that this marvelous collection of photographs leaves on him.

“a series of landscapes so dazzling that Claude would have been proud to have invented them. The photographs are not merely striking. Many of them are masterpieces.” Thomas Pakenham.

“This collection of photographs can be valued as an irreplaceable cultural archive and as a body of work with great artistic integrity…” UNESCO office, Addis Ababa.