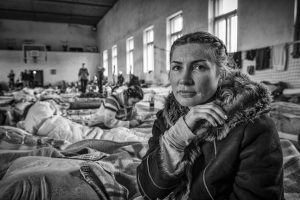 Having completed my five year photographic project ‘Devotion’, I was reflecting on what new theme might spark my imagination. One of several ideas I had was ‘Borders’. In 2019 I headed off to Jerusalem and the West Bank to see what I would find. I didn’t come back with any groundbreaking images, but the borders theme kept niggling away at me, particularly the borders of Europe – many of which are supposed to be open but are far from it. An exodus of refugees fleeing Syria and sub-Saharan Africa had made Europe’s borders contentious once again, as had the sabre rattling from Putin. My plan was to visit the refugee camps on the islands of Lesbos and Lampedusa as well as the Donbas region of Eastern Ukraine. I had directed many TV commercials in both Ukraine and Russia, flown between Kiev and Moscow several times and was curious to see how those on the borderlands lived. Well, Putin’s plans usurped mine so early April I headed to the border between Ukraine and Poland instead. This is a border that has shifted many times over the last century or so, with the now Ukrainian city of Lviv being part of Poland for hundreds of years. 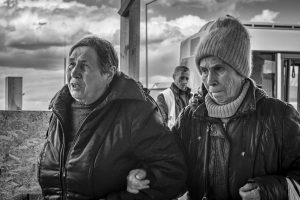 I made my to Przemysl – a town on the Polish side of the border which was invaded by both the Nazis and the Soviets during the second world war. Over the last few months as many as 500,000 Ukrainian refugees have passed through the town looking for safety in the west. By the time I arrived I found more volunteers with stockpiles of blankets and food than refugees – who had already been moved on to Warsaw and beyond.

I got in touch with Marcin, a Pole who ran Folko Wisko, a music festival not far from the border town of Budomierz. Marcin had repurposed his whole infrastructure and now ran it as a hub for volunteers, donations, humanitarian missions and much more – before daily delivering supplies across the border into Ukraine. 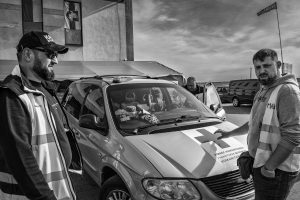 On my first day there I was lucky enough to find a spare seat in a van that was delivering specialised cardiac equipment to a hospital in Lviv. I joined Pawel Grás, Donald Tusk’s right hand man and previous government spokesman who had organised this mission. 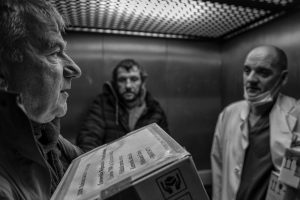 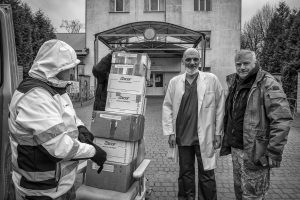 After delivering the medical equipment we went on to meet the major of Lviv, Andriy Ivanovych Sadovyi. Then with the air raid sirens wailing over head we made our way back through the traffic to the Polish border. 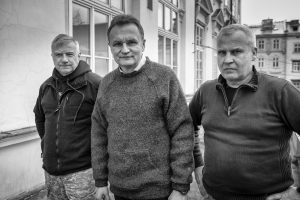 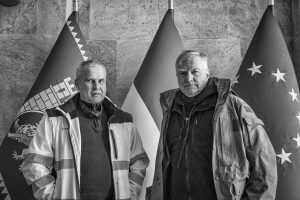 Another day I visited the refugee camps just along the Ukrainian side of the border. There are estimated to be around 7 million internally displaced Ukrainians who are either unable or unwilling to leave the country. I met one mother who didn’t want to leave her 18 year old son who had just been conscripted (all healthy men aged 18-60 cannot leave the country but must stay and fight). Another mother lost her baby’s papers in the original rush to the border and is not allowed to leave without them. Another family lost all their documents in the rubble of their home in Mariupol. A further woman had mental health issues and wasn’t psychologically equipped to cross the border unaccompanied to an unknown future. There were endless examples of such cases. 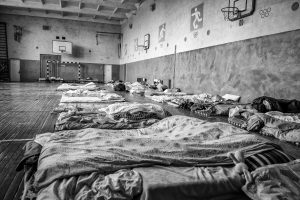 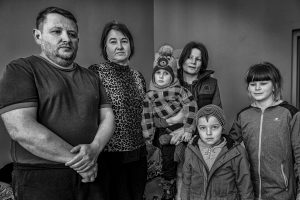 I visited a refugee campy in a gymnasium in the village of Yaworow where Folko Isko delivered goody bags, food and clothes for the children and women. With the schools closed many of the class rooms and gyms have been converted for this use. 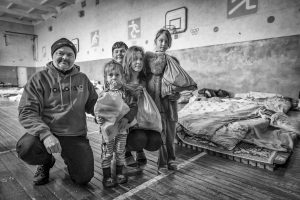 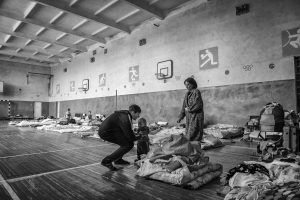 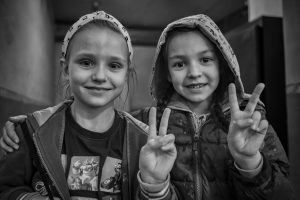 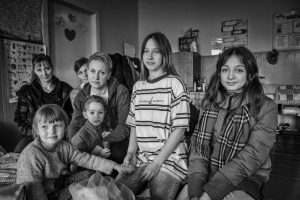 Back at Folko Isko I met with all kinds of volunteers.  Men who had come to do whatever they could to help, some to sort out donations, others to fight.  Mike from Iowa, a bounty hunter back home, had come to join the foreign brigade.  John Gerlaugh, an ex-marine and veteran of the US State Department, Department of Defense and Nato, was setting up humanitarian missions (so I was told) as he had done in Iraq and Afghanistan.

I returned to Lviv, this time to the railway station which has become one of the main hubs for the exodus. Daily, thousands of refugees tumble out of the trains coming from the terror in the east and south. They make their way to the army of volunteers serving up free meals and the voluntary doctors doing their best to serve patients with a host of differing needs. This all happening amidst the Covid pandemic and air raid sirens wailing overhead. The refugees then pack themselves onto an endless stream of buses heading west and hopefully to safety. Watching these scenes, reminiscent of wars from a previous century, and seeing the faces of women, children and the occasional man, consumed by a mixture of fear and relief, I wondered how do they explain what is happening to their children. 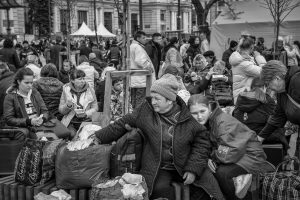 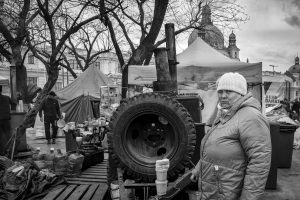 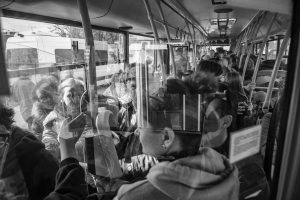 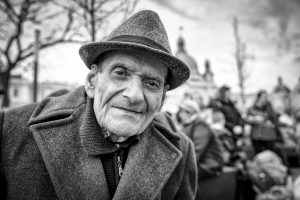 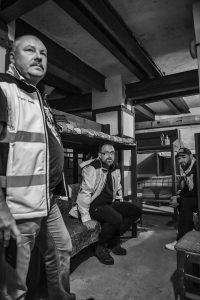 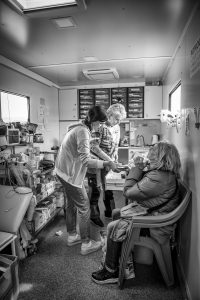 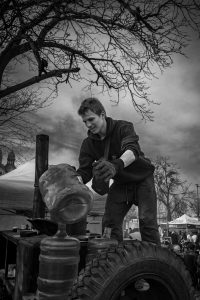 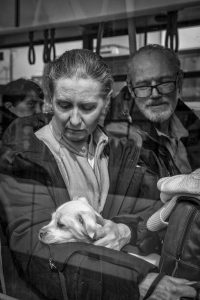 You can see more images from Ukraine in the gallery here