In February 2015 I traveled to Amdo, one of the traditional regions of Tibet and birthplace of the 14th Dalai Lama for the great prayer festival of Monlam.  Monlam Chenmo was originally established in 1409 and according to the Dalai Lama “The main purpose of the Great Prayer Festival is to pray for the long life of all the holy Gurus of all traditions, for the survival and spreading of the Dharma in the minds of all sentient beings, and for world peace. The communal prayers, offered with strong faith and devotion, help to overcome obstacles to peace and generate conducive conditions for everyone to live in harmony.” Monlam means “wish-path” – the Buddhist path of helping others through their prayers.

During a two week period, thousands of pilgrims and monks celebrate this event by following various traditional practices from ‘Sunning the Buddha‘, to a Cham mask dance, an exhibition of butter sculptures to the ceremony of Turning the Buddha. 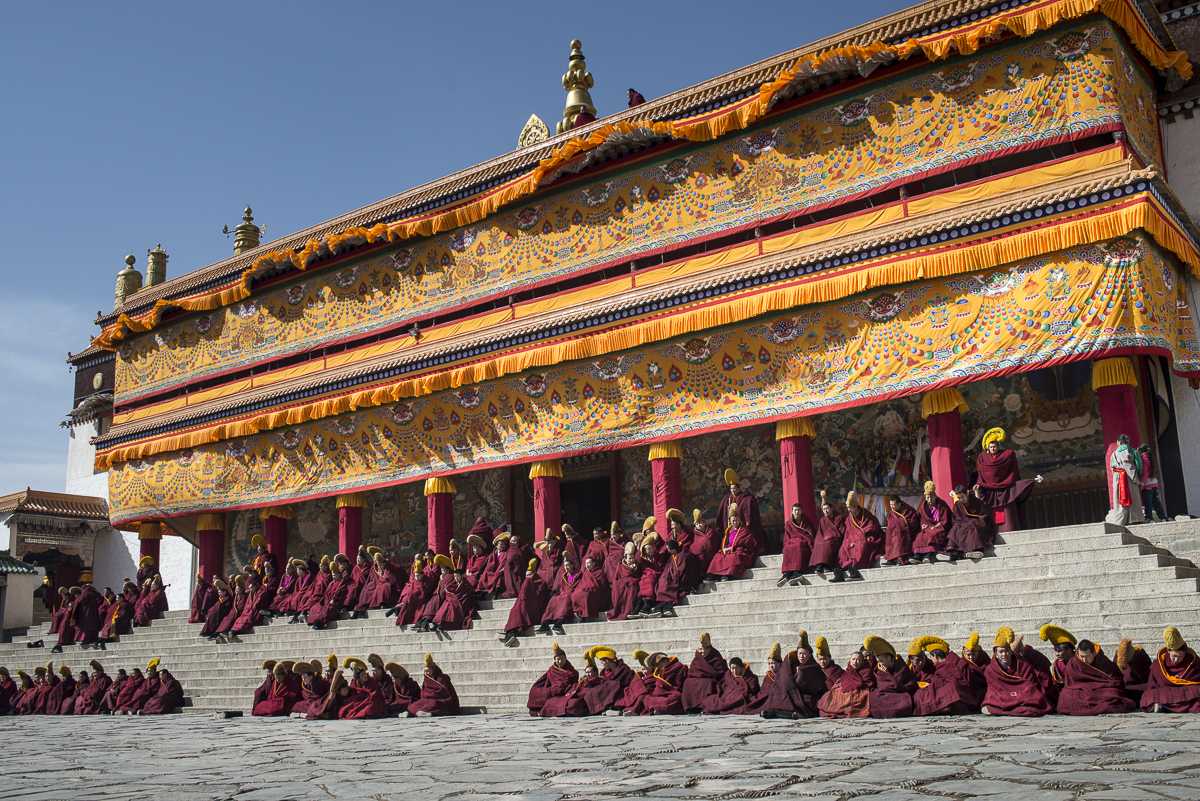 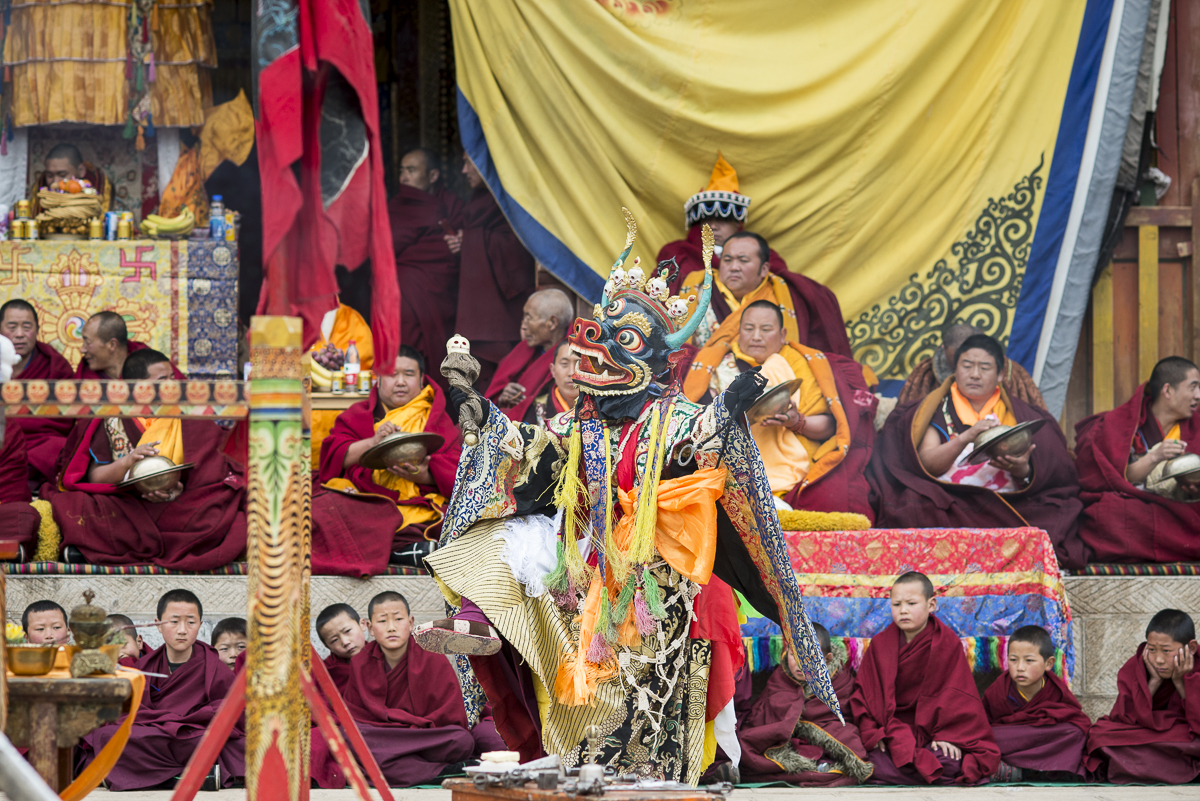 The dancers use symbolic hand gestures known as madras to transmit healing powers from the deities. 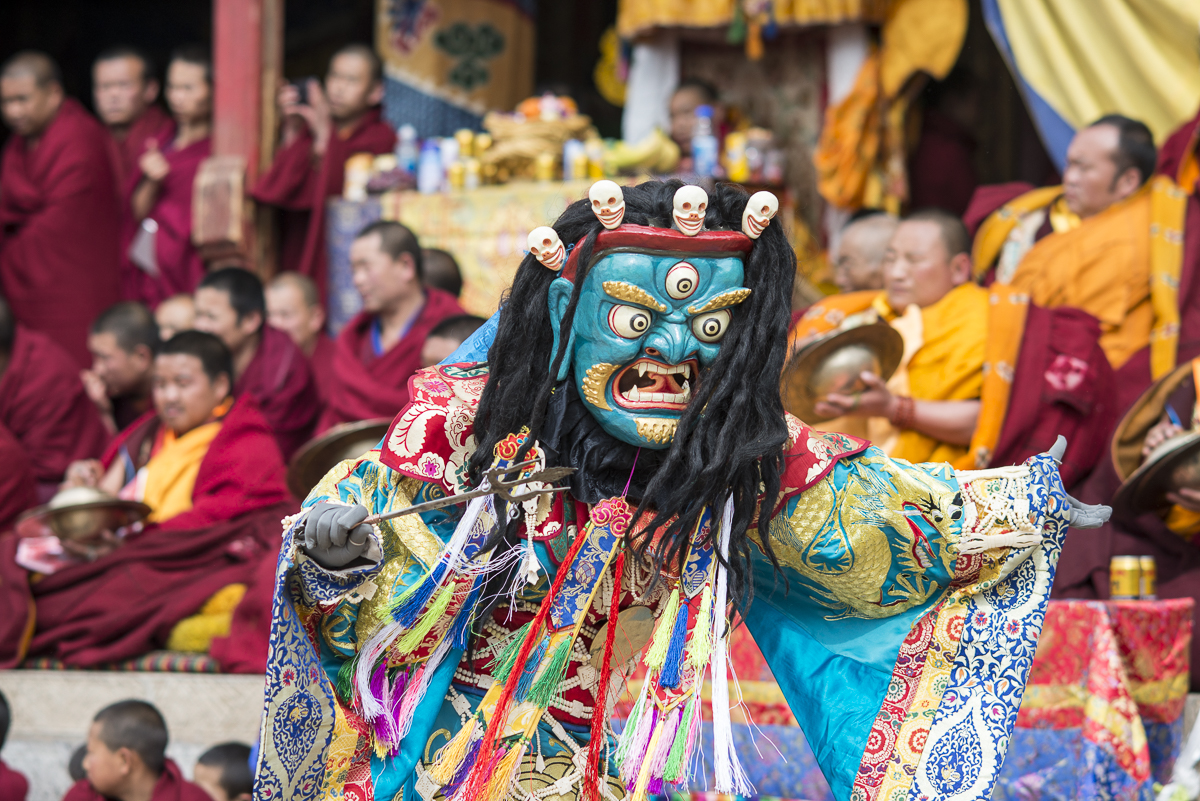 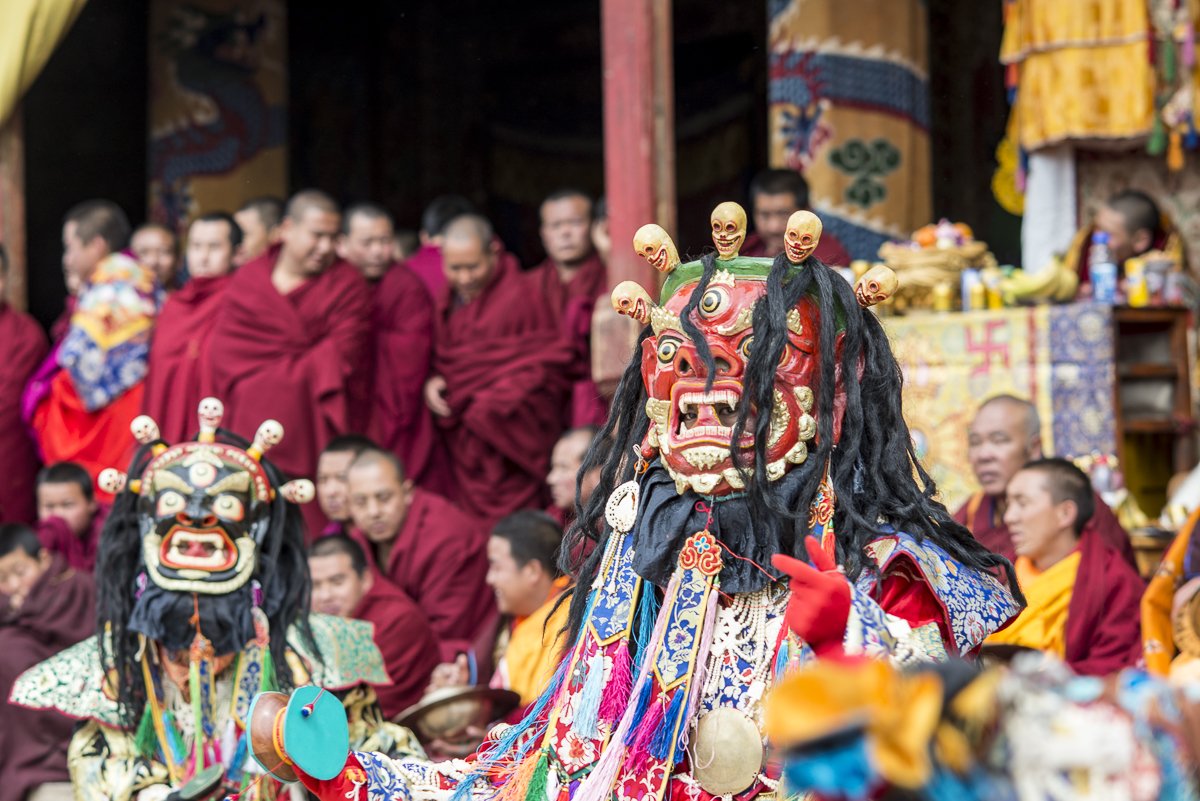 I was in Taksang Lhamo for the Turning the Buddha ceremony.  A giant Maitreya Buddha (future  Buddha)  made of silk was carried by the monks from their monastery to the four corners of the village.  Pilgrims prostrating at their feet along the way. 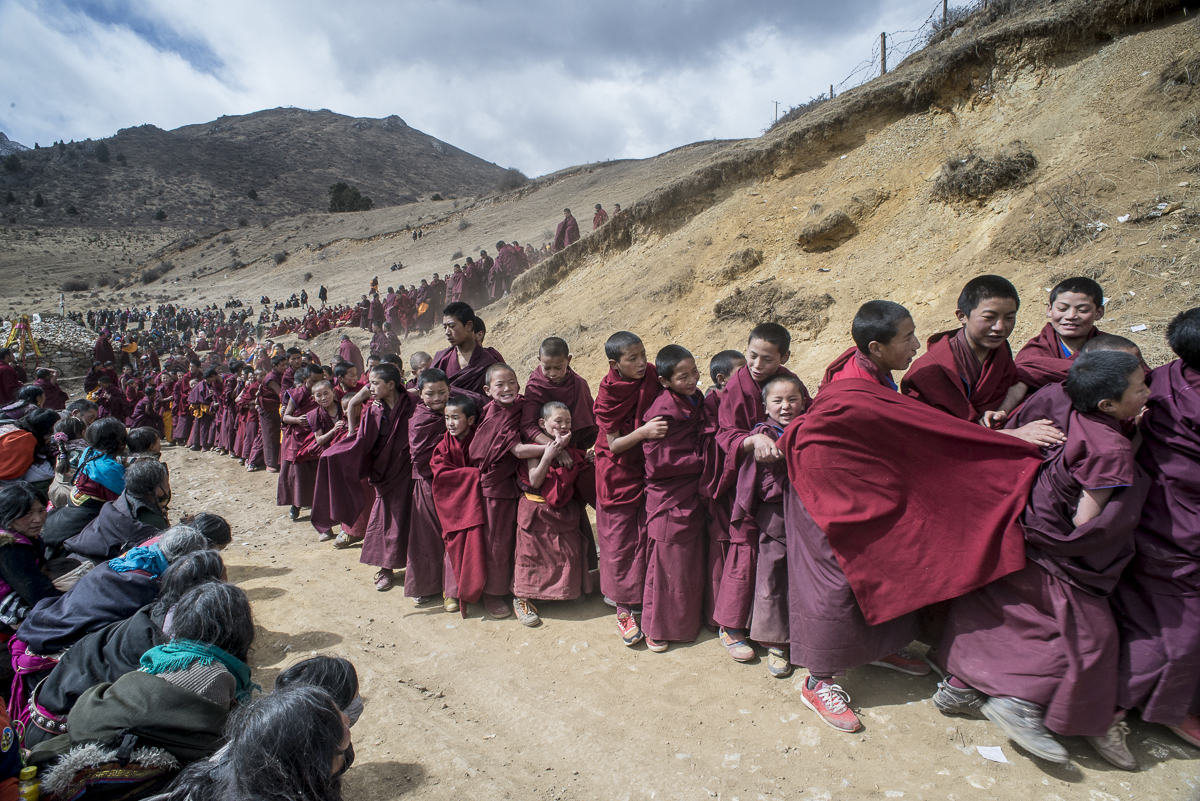 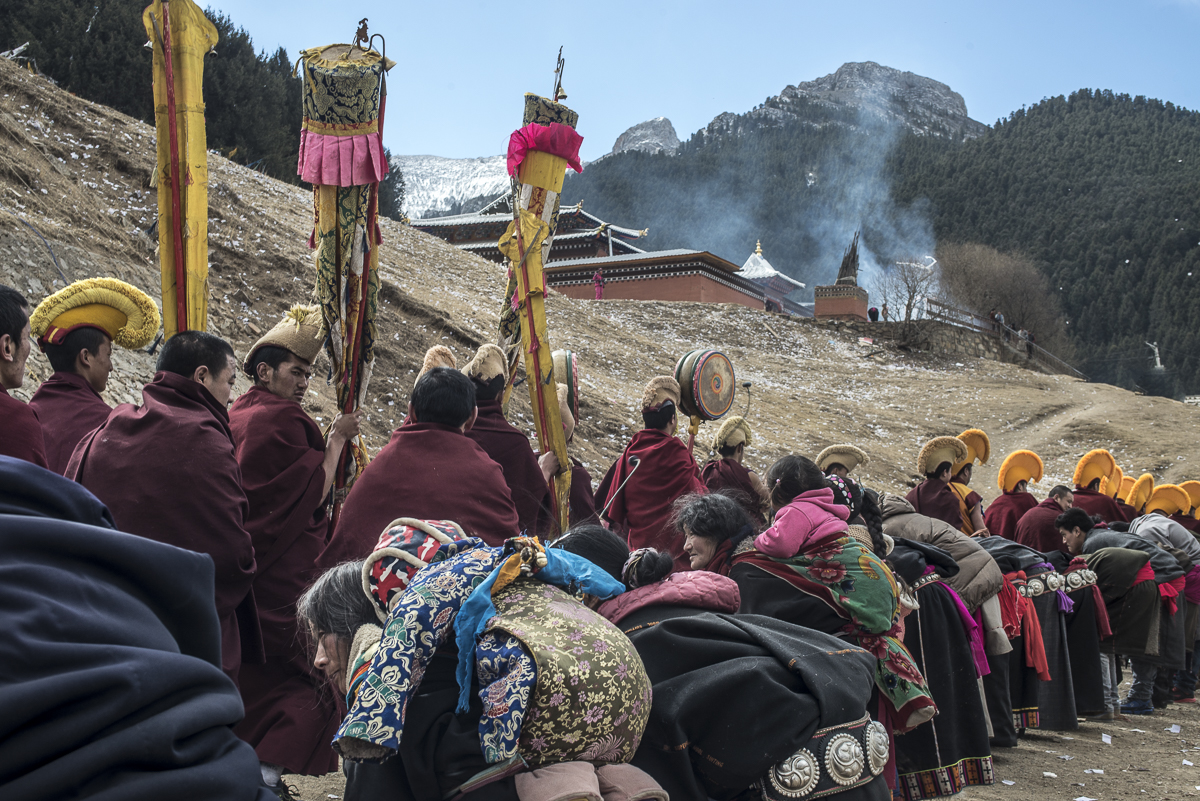 According to Buddhist tradition, Maitreya is a boddhisatva who will be the successor to the present Sakyamuni Buddha.  He will appear on Earth in the future, achieve complete enlightenment and then teach the dharma. This ceremony is to ensure that the earthly realm will be ready for his arrival. 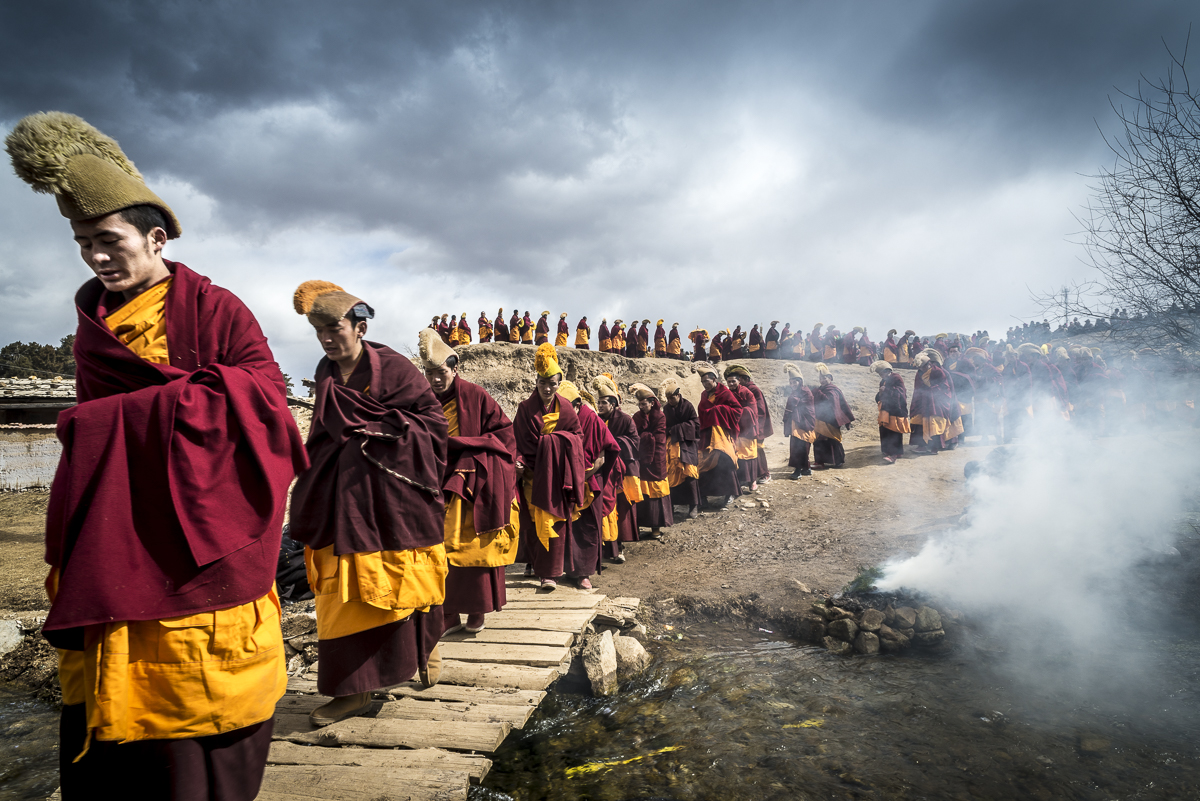