Many holy men inhabit the ghats of Varanasi.  These sadhus, often dressed in saffron coloured clothes, are sanyasi – men who have renounced material attachments in their quest for moksha, the liberation from the cycle of life.  Having wandered all over the subcontinent  many pass through and some settle in Varanasi, where meditation and daily pujas in the holy Ganges aids them on their journey and death in the city guarantees moksha. 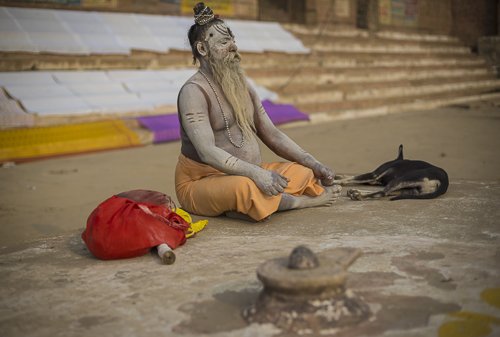 There are of course many beggars dressed up as sadhus, happy to pose for photos in exchange for a handful of rupees from passing tourists. However, the sadhus that I photographed are men who live on the ghats, who were initiated by gurus and are respected as holy men by the locals who refer to them as Babas, a fond term that also means father or uncle.

BABA LUXMAN is one of the few sadhus I came across who was actually born in Varanasi.  Now 65 he has never married or had kids.  He lives on Raja Ghat where he runs a very popular chai stall. 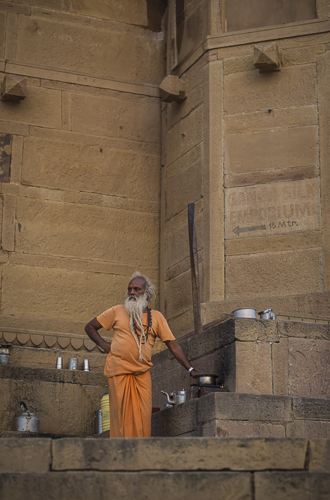 HENSANANDSAROSATI came from a relatively wealthy family but lost his mum and dad when he was 10 years old. His dad had been very good to sadhus, feeding them rice whenever they passed. Upset by his uncle’s fighting over the family inheritance he decided to leave and join the sadhus he had grown to know well.  He traveled to Ayodhya, the Himalayas and Rajasthan before settling in the Juna Kara Ashram in Varanasi. 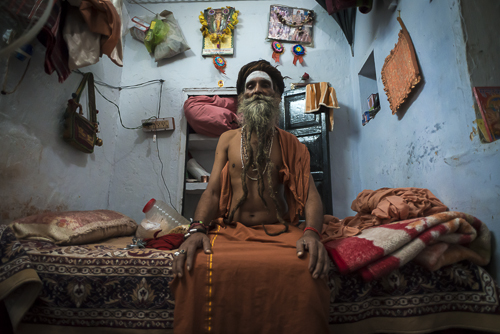 LALI BABA has been a sadhu for 30 years of his life.  He came from a rich family in West Bengal that had 500 acres of land.  He was the 8th of 15 brothers and sisters. He briefly worked in the video business but gave it up to become a holy man.  Mischievous and sharp he epitomises the great paradox present in current day India – how modern consumerism and technological development (particularly I.T.)  sit alongside ancient spiritual traditions.  But Hinduism has always had a remarkable ability to absorb all that comes before it – whether that be other religions such as Buddhism or iphones and social media.  And so it is with Lali Baba, a skilled yogini who has 540 mala, 4 skulls, 3 shrines, several computers and hundreds of facebook friends. 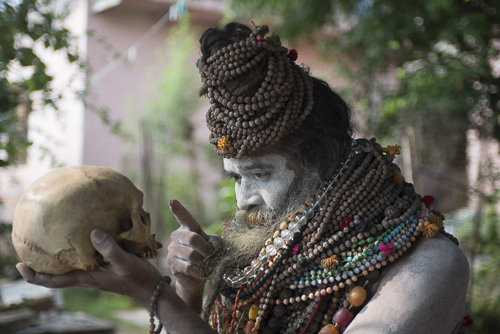 BABA RAMKAIL is from Chhattisgarh where he was a barber. He had a family and one child, but left them behind to walk to the 12 holy sites of India. This took him 2 years. He then settled in Varanasi where he has been for 5 years. Next year he plans to visits the 12 sites again. 18,000km he claims – including Nepal. 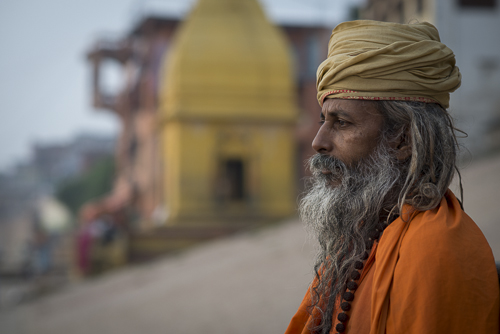 BHAUSA NAND is originally from Calcutta and has spent the last 16 years in Varanasi. He came from a good family but left them to become a sadhu at the age of 15 after recurring dreams of shiva calling him. 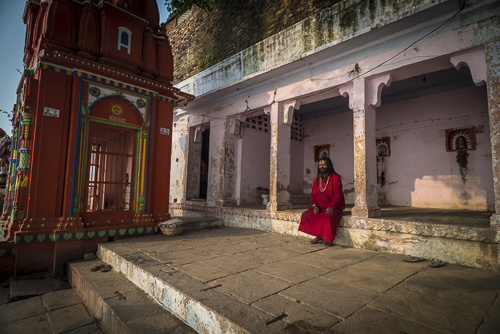