Twice I’ve visited Lalibela for ‘Genna’ and the scene is truly awe-inspiring. Around 100,000 pilgrims, largely the rural poor, many of whom have walked for weeks, often barefoot, arrive to celebrate the Ethiopian Orthodox Christmas. As the local villagers feed them, they camp where they can, often sleeping shoulder to shoulder on whatever bare patch of rock has not already been taken. 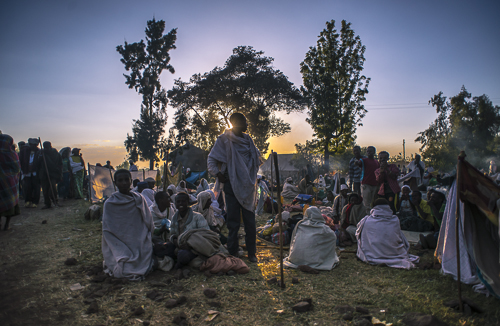 One night I got lost wandering through the dark and a young boy grabbed my hand and insisted I follow him. He led me over a hill and through a pitch-black tunnel. I could hear the growing sound of beating drums and then suddenly we popped out of the tunnel and into the middle of an ancient scene: hundreds of priests swayed, chanted and played their sistras (instruments dating back to the old testament) whilst thousands of pilgrims surrounded them. 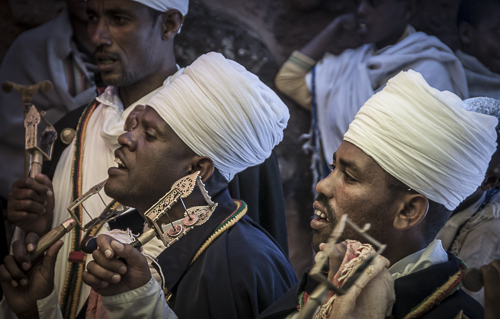 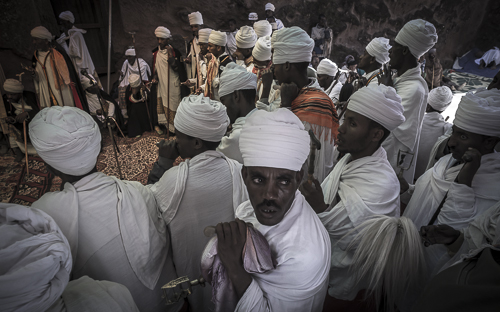 On Christmas Eve tens of thousands of pilgrims crowded into Bet Maryam, the church dedicated to the Virgin Mary. Throughout the night they stood, praying and reading their bibles by candlelight, whilst those exhausted from their journey slept at their feet. The devotion and peaceful humility of the pilgrims was deeply moving. 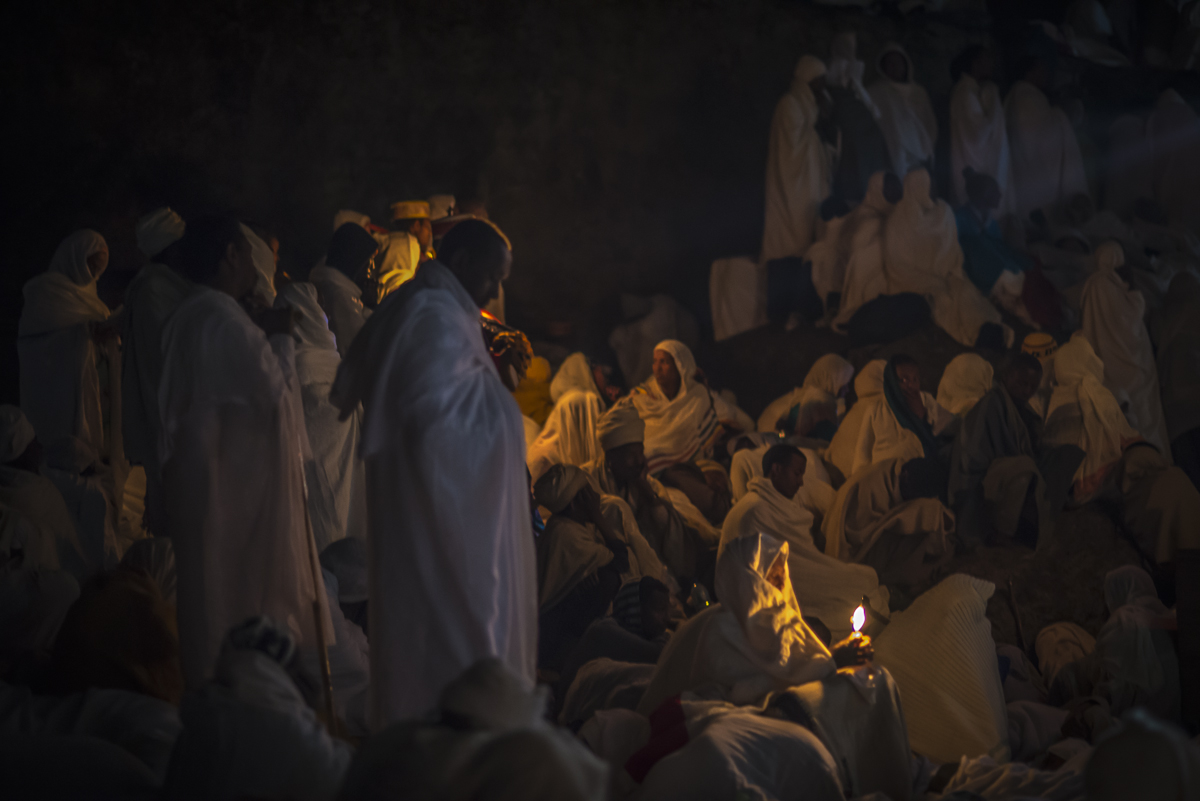 At sunrise on Christmas day a line of priests, adorned in colourful sashes and scarves, headed up to the cliff above the church and began St. David’s dance, whilst deacons below played drums and the pilgrims cried out in response. This magical scene re-enacts the angels above and the people below praising the birth of Jesus in Bethlehem. Never before had I experienced scenes that were both so epic and intimate. 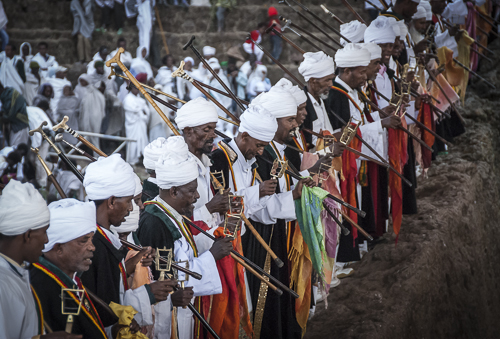 Genna in Lalibela is a truly mystical experience. The sounds of chanting, drums and sistras echoing through the pitch black night, the howling ululations at dawn, the smoke from camp fires, the soft candlelight, the white robes disappearing down dark tunnels and the smell of humanity one hundred thousand strong all created a sensuous expression of men and women’s thirst for God. One that I will never forget. 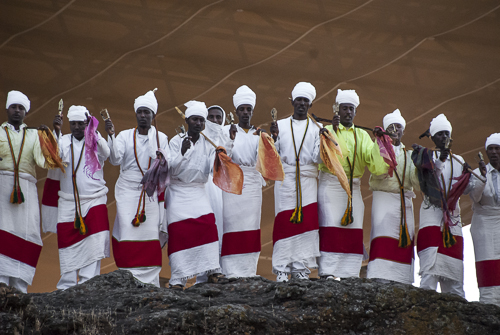